The Maker's Atelier - a journey in colour selection 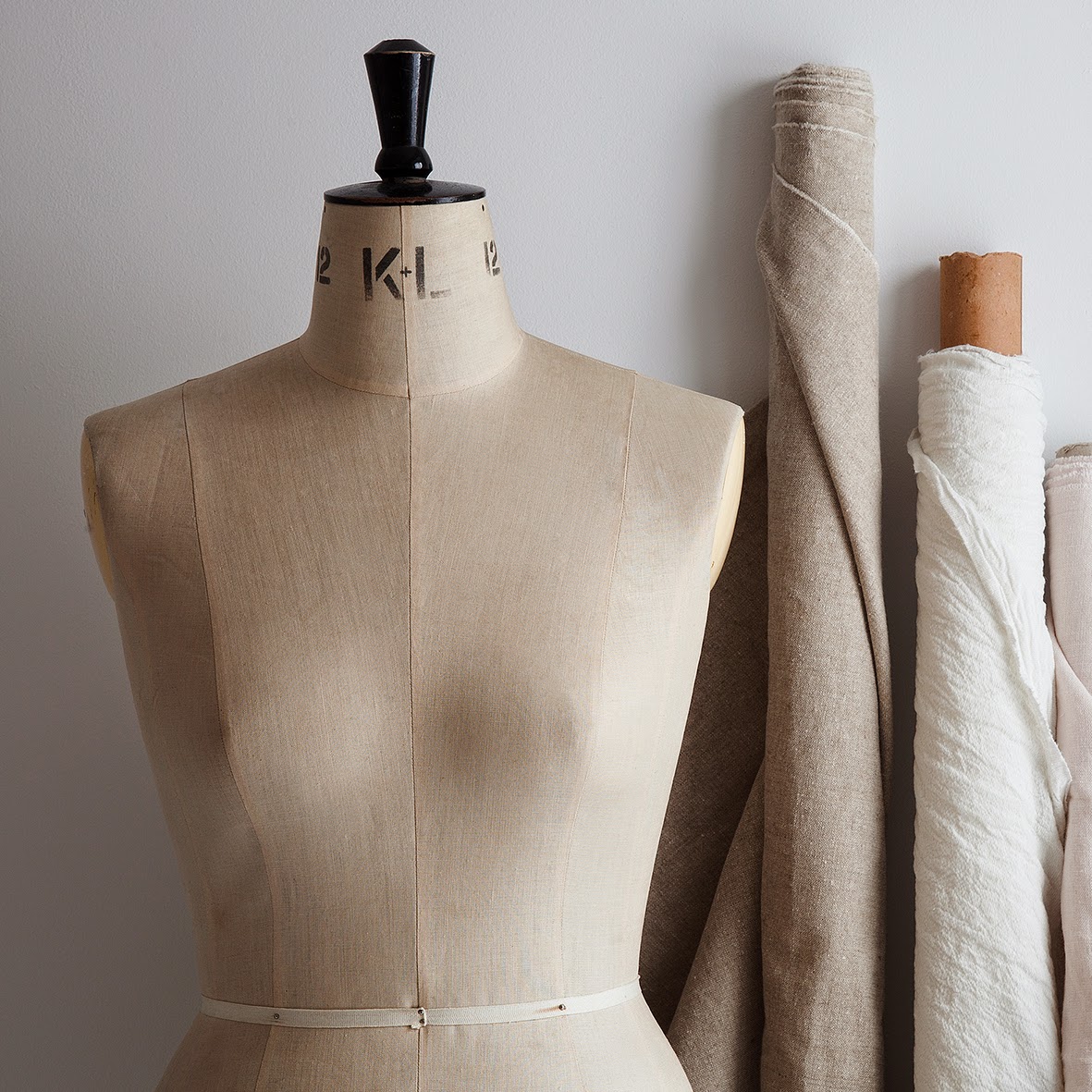 For the last twelve months I've been working on a very personal project that has become The Maker's Atelier. I have always made my own clothes and when someone suggested I publish my own dressmaking patterns, I thought it was an interesting idea. I've never bought dressmaking patterns, they're not very fashionable and they don't relate to my style. So I felt here was a gap in the dressmaking market where I could introduce a level of style and sophistication. But the interesting thing is the colour journey that has taken place during the development of The Maker's Atelier brand and its products. 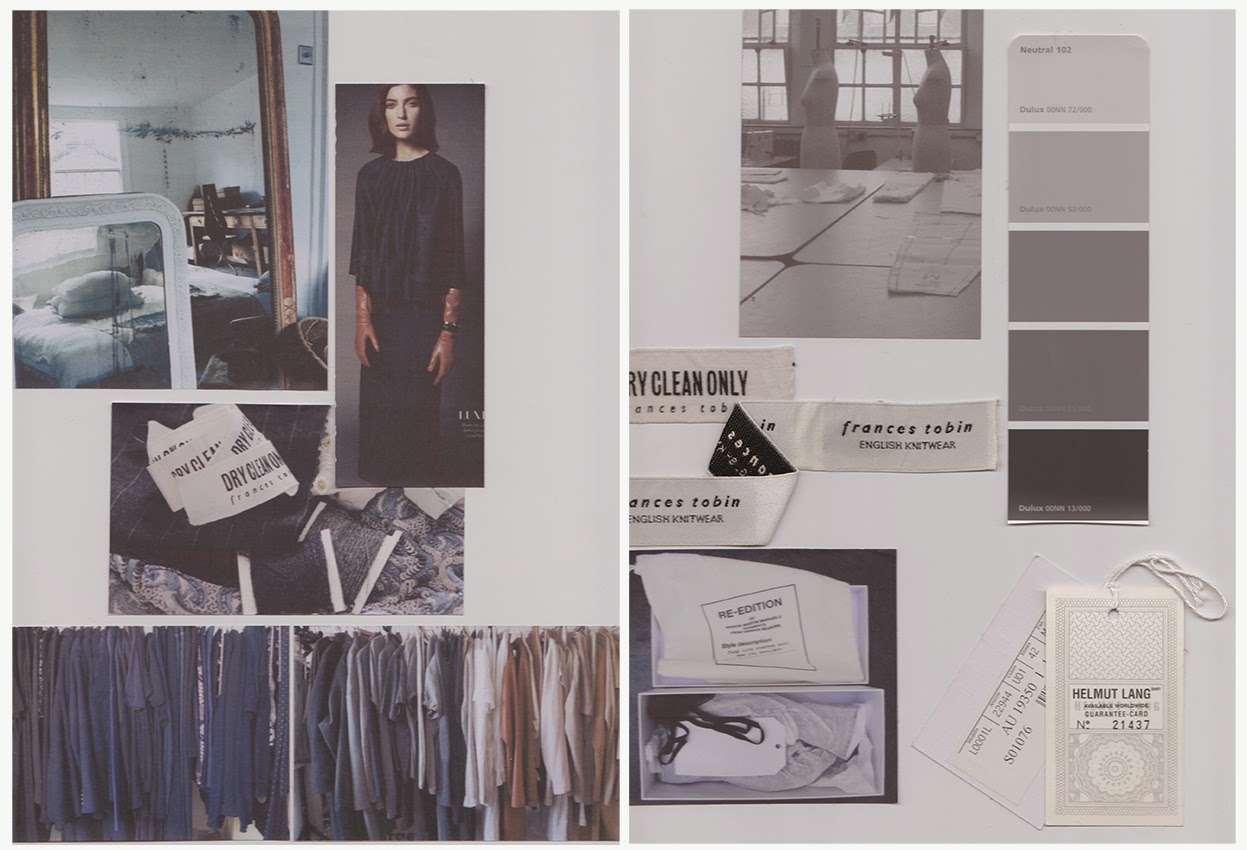 I started the business concept the same way I start all my projects with a moodboard.  I take what I think are the key ingredients, which I then embellish, and then edit, until I've captured the essence of what I'm trying to create. Above is part of the moodboard; on the left is the section that relates to my own wardrobe, including my clothes-rail with the colours I wear - blues to greys to white with tans and sands for summer. On the righthand side are my first thoughts on branding - I knew I wanted a classic understated logo that would last and that ideally it would be in grey as this is the perfect "backdrop" colour. 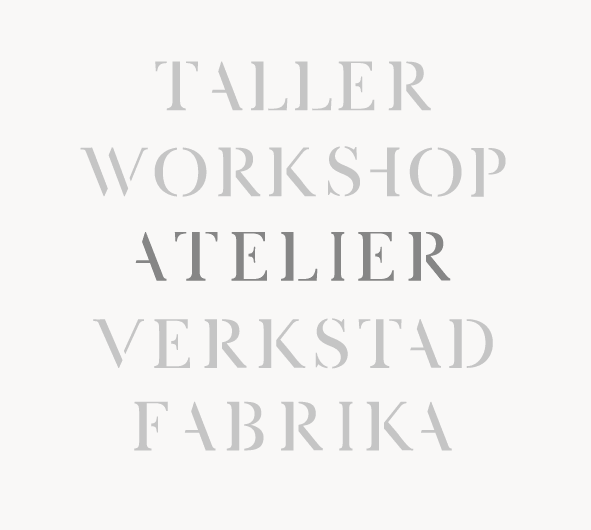 I worked with Eighth Day Design who have created all my previous websites and branding to develop The Maker's Atelier. They did a brilliant job including creating The Maker's Atelier type face inspired by the stencilled type found on dressmaking mannequins. The full branding story can be found here and as you can see we kept to the greys for the branding. It was a different story with the clothing.... 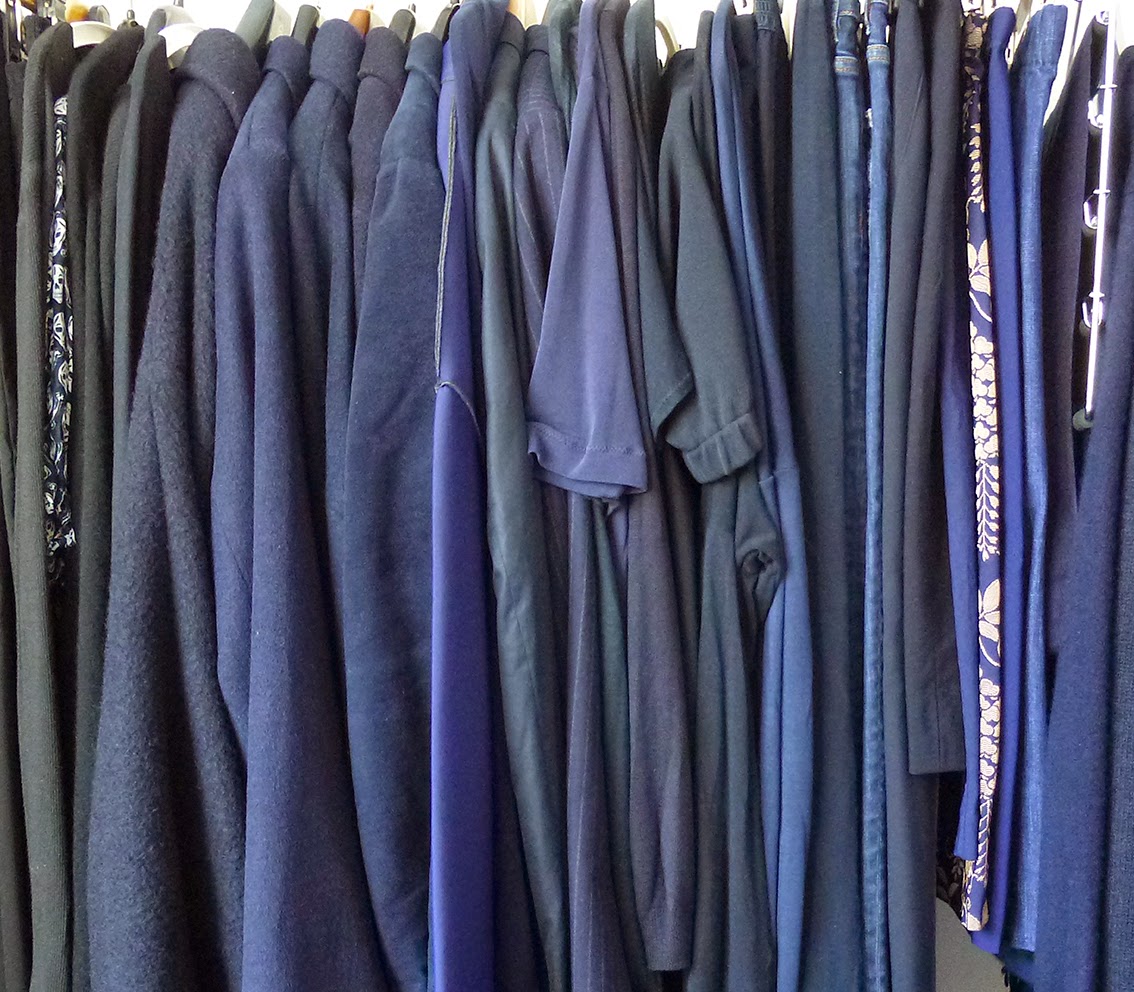 The plan was to illustrate the patterns, with real size 12 women, photographed using natural light wearing a series of blue samples. But following the first test shoot with photographer Amelia Shepherd, I realised that we couldn't see the garment details with the depth of blues I had chosen. This detail is integral to dressmakers - they need to see the seams etc of what they are going to make. So I had a week in which to recreate all the samples in paler neutrals. The colour selection had become driven by the technicalities of the photographic look we wanted and the suitable fabrics I could quickly lay my hands on. 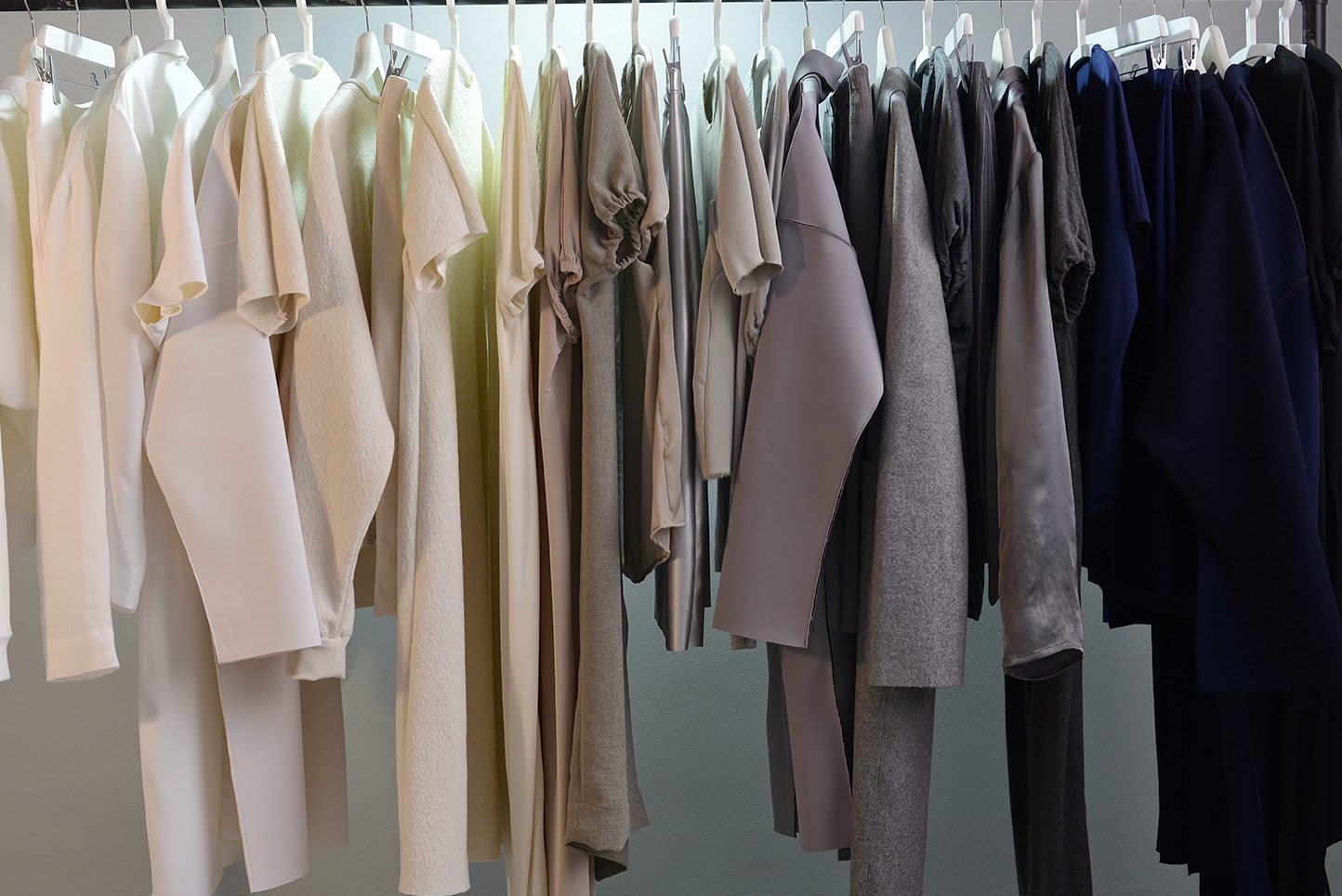 For the shoot location we used the building where The Maker's Atelier is based in Kemptown Brighton - there are a series of large rooms but the best background we have found is a pale grey; Dulux 00NN 53/000. This is completely neutral with a high Light Reflective Value (53) so the natural light can bounce around and soften the look. 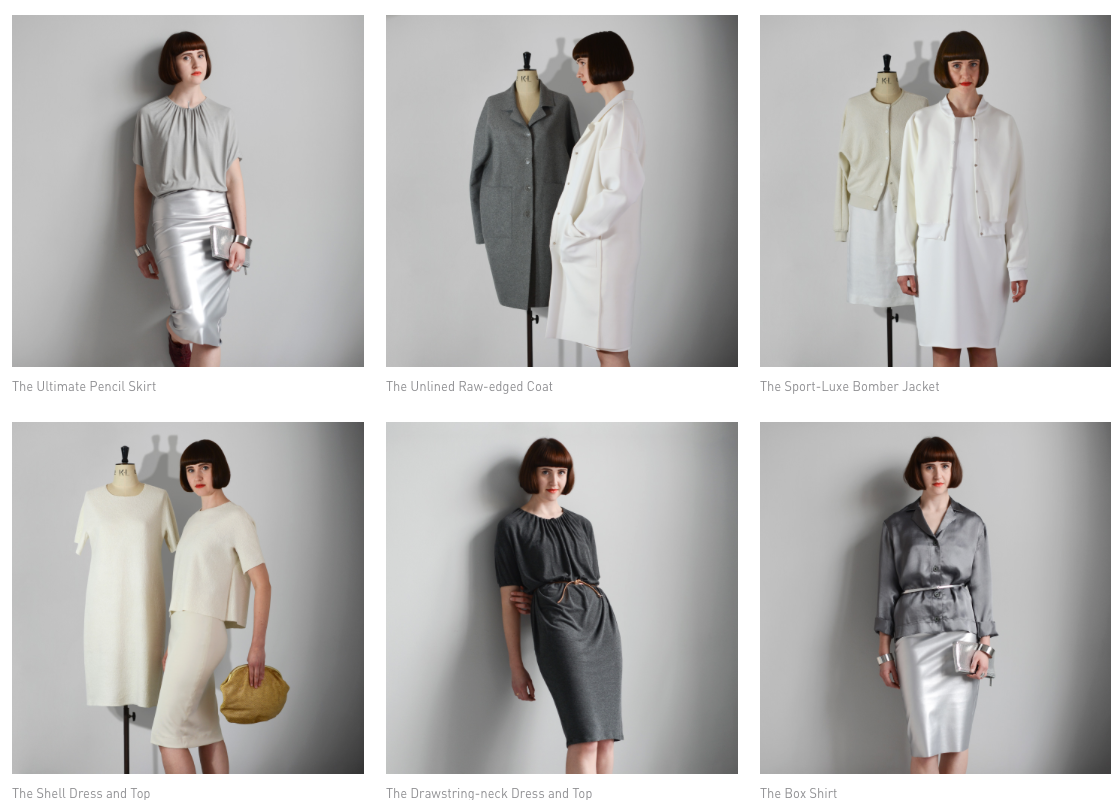 After the final shoot we chose the images above for the first six pattern fronts which were published last August. Since then I've been experimenting with pattern and other colours in preparation for the next set of styles. But its a fine line with what works and what doesn't. But as a designer its been a fascinating journey perfecting everything into a saleable product - the results can be viewed here www.themakersatelier.com 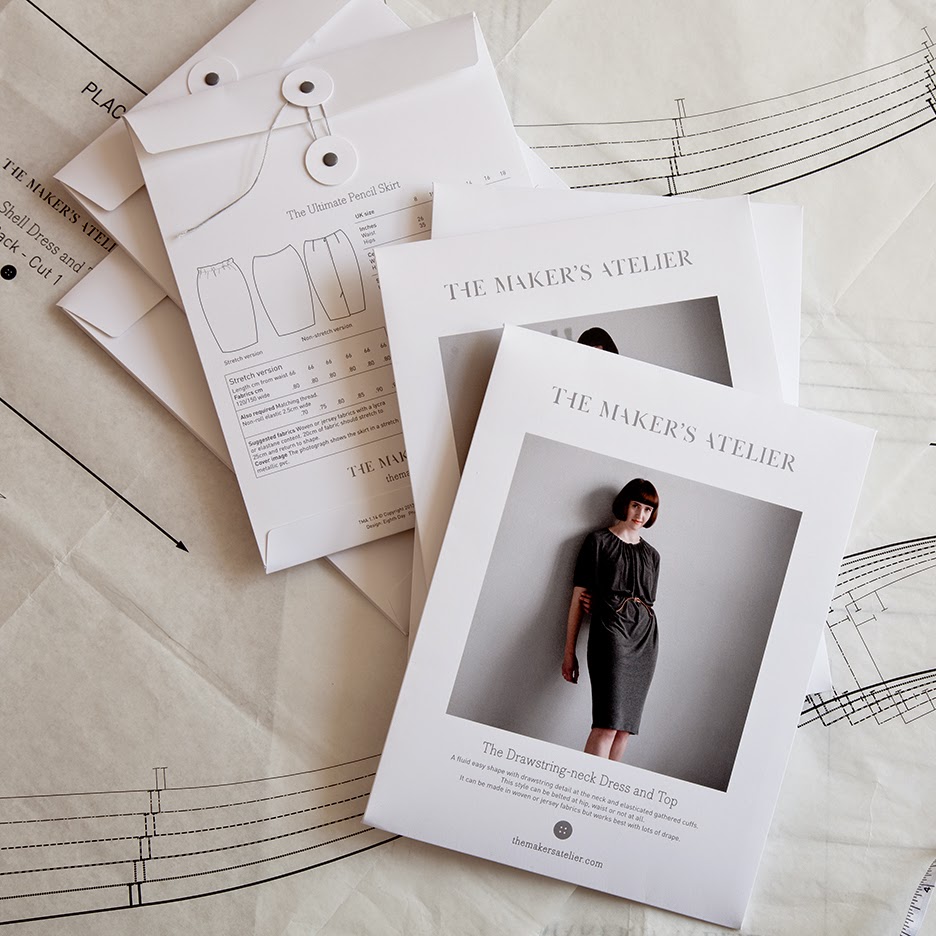